Edinburgh the museum town and Berlin the living town

I visited Berlin and Edinburgh recently and I kept comparing them to each other. I like them both with their own unique characters. I wanted to write something more personal about Berlin but I could not. Then I decided to go to one of the cafes in Edinburgh where J. K. Rawlings used to seat hopping to get some inspiration for the blog. I lived a couple of years in Edinburgh. On the other hand the visit of Berlin lasted only a few days and it was the most intensive one I had for a long time. The comparison may appear unfair for Berlin but it has the advantage that I am still “recovering” from the wonderful visit both during the day but also at night.

Berlin is like the prince in a fairy tail. The young princes’ heart was torn between the two parents. He had a sad life. But one day, two parents re-conciliated. The prince’s heart was fill again with joy. He became a wild adolescent.  There were no limits. Likewise in the re-united Berlin, everything was possible. Opportunities opened up and people flocked to the town to realize their dreams. Creativity was the passport to success. Many ideas came, conquered, and died.

The prince’s destiny is to be the king and Berlin’s purpose is to be the capital of the reunited Germany with all that entails. The prince has to become a responsible adult and Berlin has to revamp itself into a modern large city. How much of the free spirit that was the essence of the Berlin in the 1990s and the 2000s would remain is not clear to me. Should the street art be “preserved” in contraction to the idea of temporality that makes its charm? Some street art walls are already part of touristic tours, religiously conserved, surrounded by boring modern buildings. Will Berlin morph into a museum town like Edinburgh? Even in France, there are initiatives to curate tags and graffiti (http://www.theverge.com/2013/12/24/5241064/parisian-graffiti-block-preserved-in-digital-3d-ahead-of-demolition).

A ”museum-town” may seem to be frozen in time but can still be stunning. Edinburgh is frozen in the Middle Age for the Old town (http://en.wikipedia.org/wiki/Old_Town,_Edinburgh) and the 18th century for the New town (http://en.wikipedia.org/wiki/New_Town,_Edinburgh). East Berlin is reminiscent of the communist utilitarian style of the 1960s and 1970s. I am as much impressed by the housing complexes from the RDA-era on the Karl-Marx Allee as the perfect Georgian-style of the New town buildings.

Being a “museum-town” does not mean that the art scene is inactive, or that no innovative, if not architecturally controversial buildings are constructed like the Scottish Parliament , on the contrary. Contemporary art does strive in Edinburgh. The Royal Scottish Academy for Art and Architecture (http://www.royalscottishacademy.org) is a very active charity that promotes young artists. I visited their annual exhibition where a selection of the best works performed by artists living in Scotland is displayed together with scaled architectural models. In addition there are plenty galleries in town. The cultural scene is vibrant with the International festival, the book festival, the international film festival, the Jazz festival, or the Fringe festival, the largest festival of small theatre companies.

Edinburgh is not a town in perpetual “change” like in Berlin where a café, a bar, or a club open as fast as hey close down but it is definitively not a “sleeping” town.

I truly enjoyed the years I have spent in Edinburgh but I also understand how people may be so enthusiastic about Berlin.  Next time, I will spend more than a few days in Berlin. 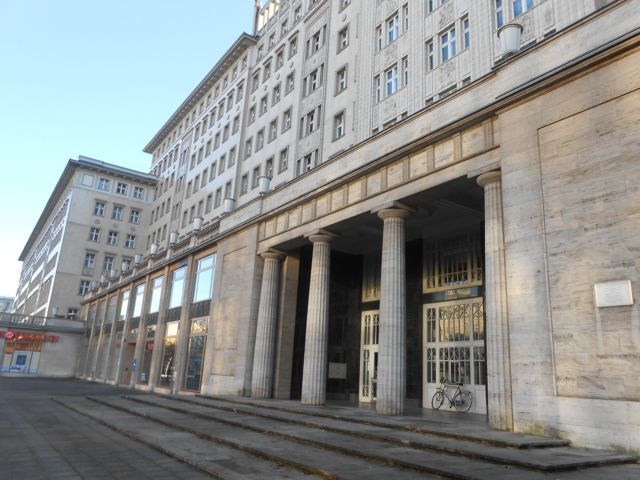 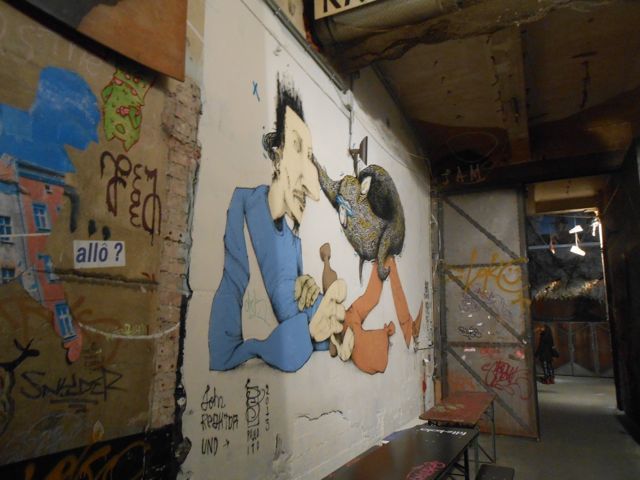 Do we need to have a knowledge of philosophy of science to be a good scientist?
Edinburgh has a new hero in town
Scottish Astrophysics Departments
Back to home page
Comment on this post